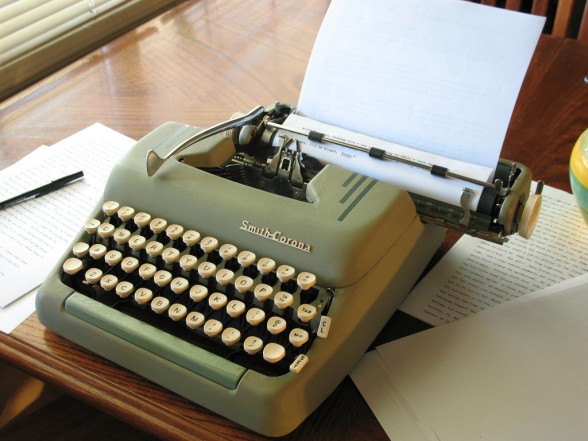 This year I am being more intentional about featuring some of my original short stories here on the blog. This week’s story was a fun one to write. After all, who doesn’t like writing (and reading) about dinosaurs?

Photo by Phil Harris, on Wikicommons

Jayda scanned the sky, for the thousandth time.

“Where do you think Stewart is?” Doug peered behind them, a sudden wind whipping his coat around him. He snatched at it and hastily zippered it up as the rain began to fall.

Jayda shrugged. Her rivals who were chasing the prize held no interest to her. She would find it first. She had to.

A pterodactyl. Could it really be?

“We should find shelter.” Riao, their guide, spoke from the back of their boat, where he manned the motor.

“Come on, we’re going to get soaked!” Doug said.

“It won’t last long. Keep going. We’ll stop if it goes longer than an hour.” Jayda had no intention of stopping, but she wasn’t telling them that.

In her pocket she felt a small vibration, and she pulled out her phone, surprised. They should be out of cell phone range by now. She sheltered it from the downpour to read the text.

This is crazy. We should talk. It was from Bryan.

Anger flared. Just her luck that the last message she got from civilization would be from her estranged husband. Seemed a fitting end to this crappy week.

But maybe her luck would change soon.

After two hours, with no signs of the rain letting up, Jayda was forced to admit defeat, and they pulled off at a small inlet off the main river. They set up their tent, stringing a tarp over it to help deflect the worst of the rain.

Jayda watched the rain sheet down, and Doug sat down beside her.

“Maybe it doesn’t fly in the rain.”

“Who knows. Maybe it prefers to fly in the rain. Not like anyone is an expert on pterodactyl behaviour nowadays.”

“True.” He peered at the river, looking back the way they had come. “No one has passed us, anyway.”

“No. But that thing could be anywhere. Knowing my luck Stewart might get the scoop, after all.” Anxiety flared at the thought, and she stuffed it down with an effort.

Darkness fell, sudden and complete, like it did in the tropics. Howler monkeys hooted close by, and further away some other monkeys screeched. At least it sounded like monkeys.

In the brief blurry video that had stunned the world the pterodactyl hadn’t made a sound, but the tour boat survivors swore they had heard a deafening screech before it had appeared, knocking two of them into the water. They had disappeared without a trace into the murky Amazon.

Doug froze, listening. “Crap. This place is creepy.” He blew out a breath and got up. “We should get some sleep, get an early start tomorrow.”

Jayda didn’t comment, and Doug soon walked away, his footsteps swallowed up in the jungle noises of birds and monkeys and insects. Even at night, this place was loud.

She doubted she would sleep much. She was so close.

Her marriage had fallen apart, she had lost her job at the Tribune. The million dollar prize for the first verified footage of whatever the tourists had seen was part of the tug that drove her on, but the bigger part was the drive to succeed. She had been on a downward spiral for so long. This challenge felt like the right way to turn that around.

“Here,” Raio said, gesturing at a narrow channel. “This is where they saw it.” His face was placid, but Jayda saw fear flash through his eyes.

She didn’t blame him. Her stomach was in knots, too, as he steered the boat into the channel, the trees thick around them. In some spots they blocked out the sky completely.

Jayda bit back her frustration. If she couldn’t get a clear picture, this was all for nothing.

Doug’s tuneless nervous whistle scraped along her nerves, but she ignored it. She needed him. With her pictures and his writing talent, and the fame of being the first to verify the stories, their book would be a best-seller.

That would show him. Bryan’s book had been a mediocre success, at best.

They had travelled an hour down the channel when a sudden loud screech split the air, seconds before the creature appeared. Crested head, huge leathery wings, and a wicked serrated beak. Flashing impressions only, as Jayda dived to the bottom of the boat to escape it as it swooped down over the boat.

The camera. The thing had disappeared, but the screech deafened them again and Jayda twisted, scrabbling for her camera, scanning the narrow patch of sky above.

There. It was coming back, an arrow aimed right at them. Jayda took the shots as it plummeted. It’s wicked beak snapped just over her head, and she hastily flattened herself to avoid the dangling hooked claws.

“Look!” Doug pointed at the trees, at a huge mass of vines and sticks wedged between two thick branches.

A head popped over the edge: the twin of the pterodactyl, only smaller. Jayda pointed and aimed, taking the picture. Got it.

The adult completed it’s clumsy turn, aiming at them again.

She got a couple more pictures as Raio fumbled with the rudder, steering them away and gearing the motor up in to high speed.

She caught a last glimpse of the thing as it flapped clumsily back on the nest and then the trees blocked the view. 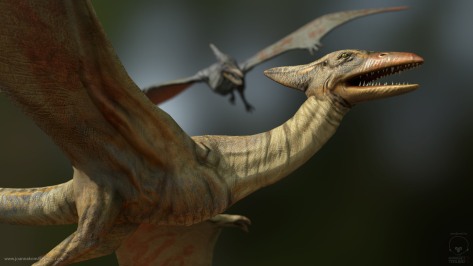 The glow of their success carried Jayda down the river until her phone buzzed again, at the same spot as before.

Please. I love you.

Doug saw her scowl, and looked over her shoulder before she shoved the phone in her pocket.

“Maybe you should give the guy a chance.”

A dull ache filled her at the thought of the tangle she and Bryan had made of their marriage. He loved her? He should act like it.  She shook her head. “It’s impossible.”

Doug snorted. “Impossible? We just saw a freaking pterodactyl. I’d say you had better redefine impossible. God moves in mysterious ways, and all that.”

Rain started to fall again, a peaceful splatter this time. Jayda hugged her chest, breathing in the rich scents of the rainforest, the noisy chatter of birds and monkeys punctuating their passage as they slipped down the river.

They were going to pick up some supplies, send the pictures off, and then head back, to see if they could get more. Get a jump on the scientists that were bound to flood into the area.

It would be awhile before they got home. A month, maybe. It would be complicated when she got back, trying to navigate the book deals, the interviews. Trying to figure out what to do about Bryan.

Maybe the time away would be what they needed for a restart.

She peered down at her camera, looking through the pictures, thrilling again at the sight of the strange, otherworldly creature. Mysterious ways.

She found herself smiling, sadness evaporating along with the rain, hope flaring for the first time in weeks.

Maybe Doug was right. Maybe anything was possible, after all.

You can find some more of my short stories at the following links:

Featured photo: The First Draft, by mpclemens, on flickr 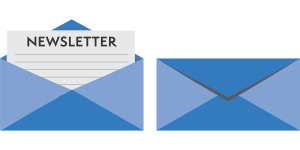